But I WANNA Complain!

Complaining can consume us and become a terrible habit, but did you also know it damages your BRAIN? While this video has a couple of spelling mistakes, I decided it was worthwhile enough to share with my family and friends. In a month where we place an especially high value on gratitude, this comes at a great time! But I still kinda wanna complain all the time though. (TruthTheory)

So, there’s a blog post that wildly misinterpreted some research and now we’re pissed. Here’s a screenshot of some job posting advice: 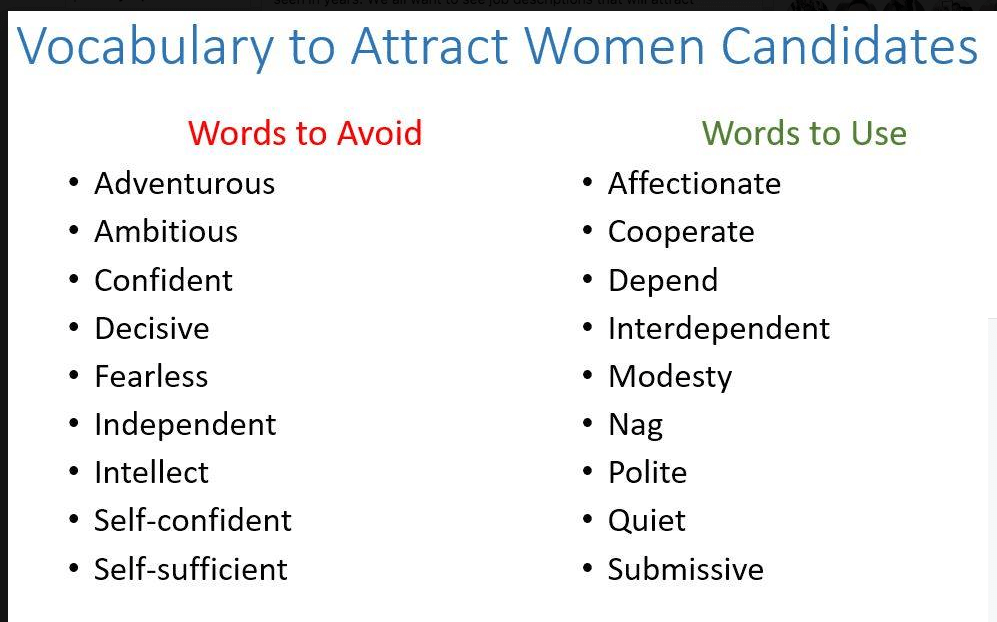 Now, we got some great feedback from the peanut gallery, including Bill Boorman (@BillBoorman), who mentioned the research this is based on isn’t really poor and Matt Buckland (@ElSatanico), who pointed out that association and attraction are two very different things. Lisa Arroyo Cervenka (@BrandNRD) popped in and mentioned that “ambitious” wasn’t a word she would be turned off by (me either!)

What’s lost in the post that housed the above no-good, very bad, misinterpreted graphic is that these words are “gender-coded” meaning people associate men and women with the respective columns. That very much absolutely does NOT mean you should use or avoid either in crafting your job descriptions or advertisements. Der. HOWEVER, the gender decoder COULD be a really solid product to put performance review text into to ensure you are evaluating men and women using the same verbiage or to test your review process for bias maybe? (Talent Product Plays)

I Want to See You Look at Me in my Eyeballs…

There are literally three people in the world that get that joke. However, job candidates are feeling that face to face interaction. Want proof? Here you go. Bloop: 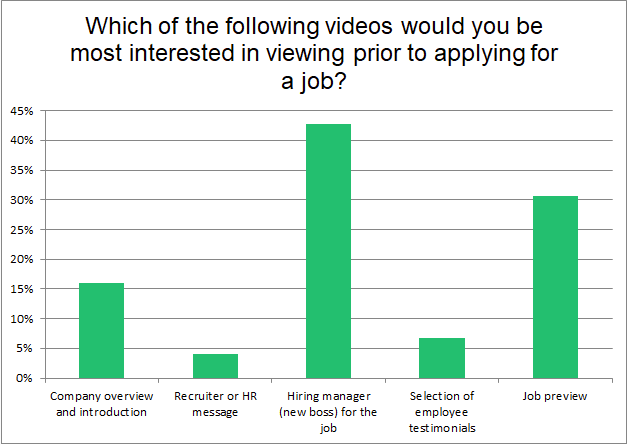 Growth Acceleration is the Word of the Day

CSOD just got a big ol pot of money from some very familiar names. Silver Lake and LinkedIn are investing $300 MILLION DOLLARS in Cornerstone. So there’s that.

Cornerstone intends to use the proceeds of the new investment to fund growth initiatives and manage its capital structure, including repaying existing convertible debt and repurchasing common shares.

They have a big plan and there’s another $100 million share repurchase program farther down in the official release, but here’s CEO Adam Miller’s quote: “As we execute on our plan, we look forward to driving significant value for all of our shareholders.” (CSOD)

I KNEW There Was A Reason I Shopped There

While leadership on the island touts that 42% of its power generation has been restored, as of last Friday, just four of the island’s 78 regions had power for more than 50% of their population. But TJ Maxx, Home Goods and Marshalls are still paying their employees, even those whose stores are closed due to the disastrous after-effects of Hurricane Maria. In case you’re wondering, that is BOMB and whoever does their recruiting and EB better get some video of that stuff, that’s employee goodwill in a friggin bottle. (HuffPo)

If You’re STILL Not in #HROS, You Should Be

In response to a question about templates or best practices for reaching out to candidates who were NOT selected but still totally viable, an #HROS member popped up with this handy dandy one (which he said he found online, if yours, feel free to take credit!)

I am [your name], [your job_title] at [Company_name]. We met [e.g. recently / around 2 months ago], when you applied for the [Job_title] position. [It’s best if you add something memorable from the last time you communicated and give a personal touch, like ‘I hope your graduation day was fun!’, ‘I remember you were looking for a new apartment at that time. How did the house hunt go?’]

Although we decided to move forward with another candidate for the [Job_title] position, due to [You could mention exactly the reason why the were rejected, e.g. lack of experience, overqualified or strong competition], your profile really stood out and we’ve kept you in mind for future openings. [You could point out what you specifically liked about the candidate e.g. strong portfolio, positive interview experience or a great approach to a previous assignment.]

We are currently looking to hire a [Job_title] and we believe your skills and expertise are a better match for this role. /We are opening a new position for the [Job_title] role you previously applied for and we think you could be a good fit.

Would you be available for a quick call [include date and time or a period of time, e.g. ‘sometime this week’] to talk about our new position? I would also be happy to coordinate via email or LinkedIn, if you prefer.

Just copy and paste. As a reminder, this is the reason HROS was created, to help each other out when we need it, to share best practices, new ideas and test theories. Basically so we all look like rockstars! (HROS)

And a Staffing Agency Thought of It!

Agencies can get a bad rap a good chunk of the time. They’re the standard cost to eliminate in nearly every SaaS pitch deck since the dawn of time, and TPRs often are dismissed in favor of corp recruiters who have bigger budgets. But a staffing agency that works for Amazon came up with a revolutionary idea that taps into both the contingent workforce, work-life balance and the ageism that seems to run rampant through today’s workforce.

#DYK job seekers want to see videos of #hiring managers and the company before applying? Here's why: Click To Tweet

What’s a workamper? It’s part of CamperForce, an Amazon initiative that targets retirees and RV devotees to work at their facilities in the 4th quarter, when shelves are crammed and packages are sent out in a flurry of holiday shopping.

Many of the workers who joined Camper­Force were around traditional retirement age, in their sixties or even seventies. They were glad to have a job, even if it involved walking as many as 15 miles a day on the concrete floor of a warehouse. From a hiring perspective, the RVers were a dream labor force. They showed up on demand and dispersed just before Christmas in what the company cheerfully called a “taillight parade.” They asked for little in the way of benefits or protections. And though warehouse jobs were physically taxing—not an obvious fit for older bodies—recruiters came to see Camper­Force workers’ maturity as an asset. These were diligent, responsible employees. Their attendance rates were excellent.

Since it began, Camper­Force has enabled Amazon to fill thousands of seasonal warehouse positions. A Camper­Force recruiter in Arizona about the size of the program estimated that it encompassed some 2,000 workers as of 2014. Anecdotal reports suggest the demand for Camper­Force jobs has continued to grow. But there are reports of the notoriously arduous jobs being tough on older bodies. Other companies are following suit, heading to remote RV campgrounds and sites to recruit for other seasonal work. (FastCo)

When you have to pencil in not-quite-harassment: None of the individual instances quite constituted harassment, but all of them were exhausting to navigate. And looking back, I can’t believe what I put up with. (via John Sumser, @JohnSumser)

Tips and Tricks to Help You Beat The Applicant Tracking System