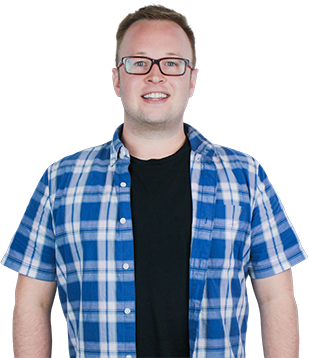 Social media networks have an impact on companies’ hiring processes. 93% of recruiters use or plan to use social media as part of their recruiting strategy. Social platforms have become popular as 73% of recruiters have successfully hired through social media; LinkedIn is once again the favorite among 79% recruiters.

58% of the surveyed job seekers had used Twitter for the job-seeking purposes in the last six months while 42% didn’t. 76% of the respondents looked at the company profiles for job information while 55% followed the companies they were willing to work for.

Already have a corporate brand following?

Jim Milton, VP of Product Marketing for SmartRecruiters, says that companies should use their main corporate social media pages for recruiting rather than starting new accounts to recruit.

“If retail company XYZ has a million followers, perhaps the followers of that retail brand are the appropriate demographic where they may also want to go work behind the counter,” Milton explains. “You’ve established a brand and a following, so why reinvent the wheel?”

You have a solid foundation of supporters already following the organization on Twitter, Facebook, and even LinkedIn to name a few. Why would you take the extra time and energy to create a new account for each of these platforms when the following you have could already contain a healthy number of qualified and interested candidates?

After all, a majority of a company’s candidates could end up being customers first. According to another 2013 study from Aberdeen, candidates who start as customers of the companies they apply to are 3.2 times more likely to describe their relationship as an applicant as positive rather than negative.

Recruiting-specific company Twitter pages provide a good example of what content to post when searching for new employees. 38% of accounts tweet about job openings, 17% highlight company events, 13% tweet about the work environment and job perks, and 9% tweet career advice. Almost 80% of these tweets contain hashtags, 63% of the tweets contain links and 50% of them include images. Think about using branded hashtags like #RBMJobs so candidates can easily search for open roles on social networks.

Software Advice says there’s an audience of job seekers using Twitter and recruiters should tap into this audience. While this audience is a good starting ground for recruitment purposes, that’s not all Twitter should be used for. The platform still needs to be a source for candidates, clients, employees, and other stakeholders to find company and industry relevant content.

If you would like more information on job seeker demographics or to see what job seekers think of Twitter as a job search tool, check out the full report here.

Are you using social media to recruit new candidates? What networks are you most active in and what can recruiters that aren’t as familiar with social networks learn from you?

Eric started as a social media associate and quickly proved his mettle, rising to become the head of our digital media department and thereafter, a managing partner. He is Google Adwords certified and works to create incredible digital and traditional advertising campaigns for Red Branch Media and its clients. He discovered his love for cooking later in life, but is now working on his audition tape for Master Chef Junior. His favorite thing to do is travel the world!

Must-Know Statistics on the State of Candidate Sourcing