It is estimated that replacing a lost employee costs a company anywhere from 90% to 200% of that person’s annual salary. For any size company, that number is huge, but when you consider the sheer amount of money some high-profile careers offer, that total can be devastating. Recently, the news has been hopping with big name CEOs and athletes who face employment loss. While most companies will not have to deal with the PR disaster or financial dip that a high-profile firing causes, HR departments, hiring managers, and recruiters can learn a few lessons from these cases.

The Situation: A long-time employee lied on his resume.

David Tovar, who had been a part of the Wal-Mart team for 8 years, was being considered for a promotion to senior vice president. It’s obvious that Tovar was at least reasonably equipped for his position within the company, or else he would never have been come so far. Nonetheless, while Wal-Mart screened candidates for the promotion, the company discovered a serious falsehood in Tovar’s background. Tovar, who had originally claimed he earned a bachelor of arts from the University of Delaware in 1996, didn’t receive a college diploma.

The Lesson: Resumes can be misleading, and companies should enact processes to avoid falsehoods at all costs.

What to do: Realize that 78% of resumes are misleading in some way and 40% of candidates admit to outright lying on their resume. With that knowledge, there’s no way you can be distracted by glittering experience and amazing interviews. Now, all that’s left to focus on are the facts: references, background checks, and how the candidate fits within company culture.

Determine what is necessary and what is negotiable about the position. For instance, Tovar not only seemed suited for his position, but he was also succeeding with promotion-grade work. While he had the skills, he didn’t have the qualifications, which means that he may have been a great asset to the team in some other role. Dive deep into what the candidate will truly need for the position, what traits your company desires, and what the all-around deal breakers are. Stick to those guidelines, and your hiring practices will be fair while still protecting your business and time.

The situation: An employee breaks a company policy that should lead to termination.

The National Football League was put in the hot seat when the Baltimore Ravens’ star running back, Ray Rice, was accused of domestic violence. The situation began in February and has been covered quite closely since. While a ton of details and opinions float around about how the whole ordeal should be handled, it ultimately all comes down to the end actions. The Ravens, after supporting and defending Rice, were forced to release him from their team. Shortly afterward, Rice was indefinitely suspended from the NFL itself.

The Lesson: Policies and rules are pivotal for employee/employer protection.

What to do: What many found astounding was the obvious lack of a domestic violence policy in the NFL. Because the league is seen as a company meant to set examples for fans both young and old, many rules are made in hopes that players and representatives will serve as good role models.

Companies need to be concerned with worst-case scenarios. When all situations are considered and answered for, no one employee (whether they be the star, the CEO, a temp, or anyone in between) should be held to different standards.

Employees want to know that they can trust in the ethics and rules of their employer. Sometimes, this means that difficult decisions need to be made. Even the star team member makes mistakes. With employment-ending situations bound to pop up, it’s the company’s job to ensure that the policies that protect both the employee and employer are set in place. The best time to start is at the very beginning, before there’s even a hire to fire. 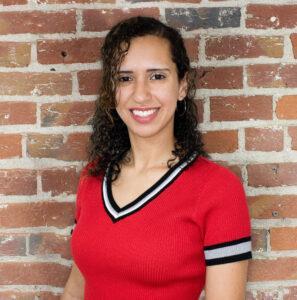