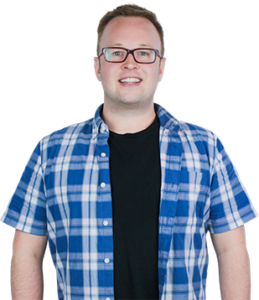 Facebook is one of the largest social media networks with 1.35 billion users as of December 2014. Even though it isn’t being used as much by younger Millennials, it still takes the cake. That is not to say that Facebook won’t eventually crumble and become similar to Myspace, but for now it’s still a thing.

Facebook attracts large amount of STEM workers from all over the world, so it makes sense that the company would have more of the most complex websites out there. In fact, as of December 31, 2014 Facebook employed 9,199 employees most of which are STEM workers. Facebook rivals many other software applications even just by the amount of personalization and tweaks available to users. In fact, there are a lot of things you can do on Facebook that you might not even know about.

I am not talking about third-party applications or add-ons, I am talking about the actual functions that are part of Facebook itself. Take a look at some of the features below:

If you haven’t noticed before you should go into your normal Facebook mailbox and click the ‘other” link. You will most likely have a bunch of messages from people you may or may not know. When I first checked I had 30 and they dated back all the way to 2013.

Tip: Some of those emails can be spam. Be cautious when clicking links.

If you ever have a feeling that someone has logged into your account there is actually a way that will help you check. Under the Security folder, you’ll see the link “Where You’re Logged In.” Here you will find all your active Facebook log-ins from both desktop or mobile. It will (usually) provide data on the location, browser and device. If you don’t recognize a device then you are able to log them out.

Tip: If you have suspicious activity, change your password!

3. Turn Your Facebook Upside Down or Show Pirate Speak

The engineers decided it would be a fun idea to enable users to change the language of their profiles to either be spelled upside down or show pirate speak. Some that have tried it say it was fun at first, but it was very annoying after a while. Here’s how you do it:

If you want to see the detailed Internet history of you and your significant other, go to www.facebook.com/us and you will see the complete Facebook history with whomever you are listed as in a relationship. “Us” get it? If you’re not listed as being in a relationship, it will just go to your regular page because Facebook thinks that you are just in love with yourself.

Did you know through Facebook Messenger you could actually send files? If you open a Facebook chat window, there’s a gear icon in the top right corner of the window. One of the options is “Add Files”, which will allow you to upload files directly from your computer to transfer over. The receiver can just click on the included link and download them from there.

Surprised with what you can do by using the first 5 hidden Facebook features? Wait until you see the second half! More secret features await in Part 2, so stay tuned! In the meantime, can you think of any features that you use that are unique? If so, share them in the comments below.

Eric started as a social media associate and quickly proved his mettle, rising to become the head of our digital media department and thereafter, a managing partner. He is Google Adwords certified and works to create incredible digital and traditional advertising campaigns for Red Branch Media and its clients. He discovered his love for cooking later in life, but is now working on his audition tape for Master Chef Junior. His favorite thing to do is travel the world!

Email Marketing Strategy and Tips for Successful Campaigns in Business