Cs Get Degrees and Degrees maybe aren’t so important anymore???

This isn’t exactly new news (the article is from 2015) but it’s worth looking into again. Several large firms are dropping their mandatory degree requirements. Will smaller agencies follow suit? Here at Red Branch Media, we have an interesting perspective into this phenomenon. While most of our interns and associates do get their degrees eventually, almost all of them start here while they are still in school. Interestingly, the more they learn here, the harder it is for them to feel they are getting the best education they can, particularly when it comes to marketing knowledge that may be changing too fast for academia to keep up. Add in the increasing prevalence of code schools and other alternative educational methods (art school, trade schools, entrepreneurial camps, etc) it’s a work trend worth keeping an eye on. (HuffPo UK)

A discussion in the #HROS Facebook group uncovered a plethora of differing responses when a member mentioned she was hired to reduce a high turnover situation. What is the first step? Well, hard to say. Many group members urged her to focus on surveying the current employees to find out what the issues were contributing to the turnover. Others like Ben Eubanks (@beneubanks) and Andrew Gadomski (@AndrewGadomski), urged the poster to focus on historical data over a 2-5 year period in order to find the hot spots and analyze which people were leaving, after how long and from which managers. Mary Faulkner (@mfaulkner43) advised jumping right into surveys before spending some time in the business. And Stephen O’Donnell (@stephenodonn), ever the jokester, quipped: “Lock the doors!” (#HROS FB Group)

How Pharrell Helps with Job Selection

Because you gotta be HAPPY! In a NY Times story, Ayelet Fishbach dives into how behavioral science dictates what makes us happy in the moment may not be something we consider for the future. In this way, employees are very aware of what makes them happy when IN their current job, but rarely take it into consideration when considering future jobs, often focusing on things like salary and benefits (which are important) instead of say working with interesting people or having friends at work or work-life balance. It’s not just employees either:

In the workplace, we are similarly well aware that it is much easier to get out of bed in the morning if our job is interesting and our colleagues are fun to be around. But we care much less about such benefits when we apply for a future job. We fail to realize that the person we are in the present — the one who values intrinsic benefits — is awfully similar to the person we will be in the future.

This failure to know ourselves is not unique to employees. Gymgoers, for example, say it is important that their present workout is fun and relaxing, yet they care less about whether their future workout provides these benefits as long as it helps them stay in shape. The result is that people often sign up for the wrong gym class — the one that is best at maximizing delayed health benefits yet fails to deliver an enjoyable experience in the moment. (NYTimes)

Millennials are the worst AMIRITE? 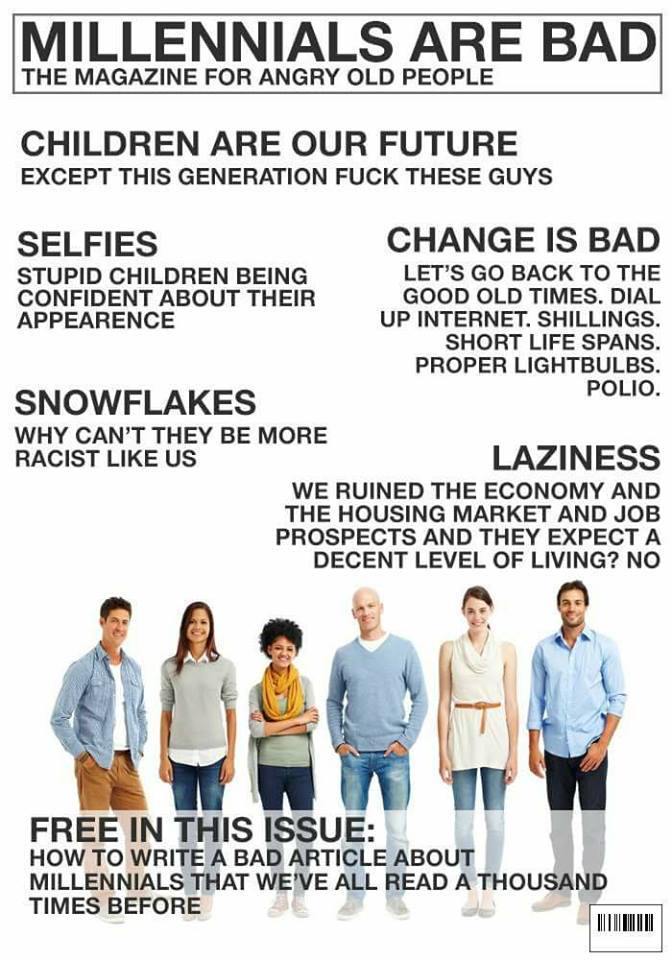 Another reason to use Lyft?

Uber has been dogged by rumors of sexism, harassment and unfair wage practices since it upended transit a few years ago. Most recently, Susan Fowler wrote about her year at Uber and it set the HR blogging world alight! The original post can be found here. Workology was one of the first to weigh in with this plea urging Susan not to accept Uber’s settlement offer alongside an apology from HR pros who felt that Susan’s story was not only frustrating but a poor reflection on the HR profession at large.

Susan, I’m writing to apologize. While I think there were many people in your time at Uber that contributed to the horrible experience that no person should endure, I wanted to apologize to you on behalf of HR. I’m sorry. I’m sorry we failed you, not just once, but over and over again.

As I mentioned, I’ve worked in HR a long time. We’re supposed to be the keeper of ethics and the setter of good workplace examples. Because of that we don’t often have a lot of friends. I learned my lesson early on in my career how uncomfortable and awkward it is to go to happy hour with work colleagues one night and the next day several of those same individuals are in your office part of an investigation. It’s a lonely profession, and 99.9% of the people I know in human resources are some of the best human beings I’ve ever met. They (and I) absolutely love what they do. They take pride in it and have, at times, sacrificed their careers to do the right thing. Unfortunately, HR often gets a bad rap because they have to deliver tough workplace messages like laying off employees or reprimanding a leader who is a peer because of unsavory behaviors in violation of company policy.

And in your situation, HR didn’t step up. They had the chance. They had 20 or more chances in your year with Uber. They choose to ignore the blatant sexism, harassment, vulgar behavior, propositioning, and retaliation. They contributed to the hostile work environment that you spent 365 days working in.

Other HR pros weighed in as well! Tim Sackett (@TimSackett) urged caution when hearing just one side of the story and pointed out that while the charges were heinous, it should be noted that Fowler does have a new book coming out soon and while she shouldn’t be disbelieved, it was important to know all the facts before jumping to conclusions.

I’m in HR so I realize a few things about this scenario:

Ultimately, the entire fiasco could create a mess that spills far beyond HR to potentially impact Uber’s IPO and their interviews with other former Uber workers don’t paint a great picture of how her situation, and other situations were handled by what appears to be an immature HR department.

Are complaints like Fowler’s more widespread at Uber? The investigation will be aimed at finding out. But many former employees I spoke to in the aftermath of her essay have echoed sentiments regarding the department’s careless treatment of their workplace issues.

They say that’s because Kalanick didn’t think spending resources on HR representatives who worked with staffers on things like managerial coaching or dealing with performance-related or other workplace issues was as important as investing in a robust recruitment process.

Former Google exec Chris Messina, who was also at Uber for a year in 2016 on the company’s developer platform, voiced similar sentiments on Twitter about working at Uber.

“This is outrageous and awful,” he wrote, after reading Fowler’s account. “My experience with Uber HR was similarly callous & unsupportive; in Susan’s case, it was reprehensible.”

While no company’s interactions with its staff is perfect, to be sure, other sources said they also were stymied by the HR department, which in turn was not supported from above adequately.

On The Donald SubReddit

Employer thinks they are awesome. Employee doesn’t show up on DWI (Day Without Immigrants). Employer fires employee. Employer received many accolades about firing the employee. It’s an interesting HR conundrum and one I don’t rightly know how I feel about. (The_Donald SubReddit)