Algorithm – An algorithm is a set of formulas developed for a computer to perform a certain function. It’s important to know the algorithms becausesocial networks are always changing them.

Bitly – Bitly is a free URL shortening service that also provides statistics on the links users share. Bitly is used to condense long URLs to make them easier to share on social networks.

Chat – Chat can refer to any kind of communication but traditionally refers to one-to-one communication through a text-based chat application.

Digg – Digg is a social news website that allows members to submit and vote for articles. Articles with the most votes appear on the homepage of the website.

Edgar – Edgar is a social media scheduling tool. Instead of publishing your updates just once and throwing them away, Edgar carefully catalogues them in a limitless library that you build over time.

Facebook – Facebook is a social platform that connects people with friends and acquaintances. Facebook is the largest social network in the world with more than 800 million users.

Google+ – Google+ is Google’s social network. It differs in that it promotes social sharing that is more similar to how people share in real life.

Hashtag – A hashtag is a tag used on a social network as a way to categorize a message. A hashtag is a word or phrase preceded by a “#.” Hashtags are commonly used on Facebook, Google+ and Twitter. Expert Tip: Do not use more than two hashtags in a single post.

Klout – Klout is a measure of social influence. The service allows users to connect various social accounts such as Facebook, Flickr, YouTube, etc., and then provides every user with his or her Klout score. The score is out of 100–the higher the score, the more influence you have in the social world.

LinkedIn – LinkedIn is a business-oriented social networking site. Founded in December 2002 and launched in May 2003, it is mainly used for professional networking.

Meme – A is typically an image with text above and below it, but can also come in video and link form that is shared on the Internet.

Not sure what you use for your #SocialMedia? Check out these tools & see what one fits your needs: Click To Tweet

News Feed – On Facebook, the News Feed is the homepage of users’ accounts where they can see all the latest updates from their friends. The news feed on Twitter is called Timeline (not to get confused with Facebook’s new look, also called Timeline).

Podcast – A podcast, or non-streamed webcast, is a series of digital media files, either audio or video, that are released episodically and then downloaded.

Qik – Qik is an online video streaming service that lets users stream video live from their mobile phones to the web.

Retweet – A retweet is when someone on Twitter sees your message and decides to re-share it with his/her followers. A retweet button allows them to quickly resend the message with attribution to the original sharer’s name.

SlideShare – SlideShare is an online social network for sharing presentations and documents.

Unfollow- stop tracking (a person, group, or organization) on a social media website or application by unsubscribing from their account.

Vine- Vine allows its more than 13 million users to share video clips of up to six seconds.

Whatsapp- WhatsApp Messenger is a cross-platform mobile messaging app which allows you to exchange messages without having to pay for SMS.

I almost made it!

Yik Yak-  Yik Yak is an anonymous social media app. It is available for iOS and Android and it allows people to anonymously create and view “Yaks” within a 1.5 mile radius. 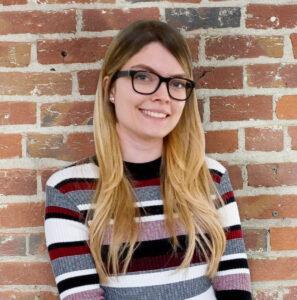