Do we now drink air and breathe water? Is up down?

I feel like I am stuck in some sort of twilight zone. Our POTUS is like besties with Putin and this doofus (after already irritating every woman alive AND most woke dudes) decides to compare his former job at google (where he made $162,000 received free massages, free food and all the things us peons need like benefits and what not) to a gulag. James Damore’s entire downfall (which has made him a martyr to the extremely sexist and Pepe-lovin’ crowd) came because he circulated a memo suggesting that women are not “biologically suited” to the same jobs as men. Despite the CEO’s pretty effing clear statement:

The mounting backlash prompted Google CEO Sundar Pichai to send a company-wide email titled, “Our words matter.” The email, the existence of which was reported earlier today by Recode, definitively stated that Damore had violated the company’s code of conduct, crossing “the line by advancing harmful gender stereotypes in our workplace,” Pichai wrote. “To suggest a group of our colleagues have traits that make them less biologically suited to that work is offensive and not OK.”

Everyone’s coming to this guy’s defense…which I guess, is okay now? You can just insult and demean half the population and it’s just like “free speech man”. Lemme ask you, if as a woman, I passed a memo around my workplace that suggests women are just better marketers than men, due to their lack of empathy and basic physical makeup, how do you think my male clients and co-workers would respond? Yeah. (The Verge)

Just because the First Amendment offers protection from the government censoring what you have to say, it generally does not cross the line into protecting your idiotic manifesto from a private employer. It didn’t work for Jerry Maguire, guys. I could argue all the livelong day for claiming Kapernick is being unfairly passed over due to his protest of the anthem, and those same advocates will turn around and claim Google had no right to fire this guy. WTF?

Employers can have a policy to create whatever culture they want inside the business, and to get rid of employees who do not fit in that environment, as long as that policy does not discriminate against a class of people based on characteristics such as gender, age or race, according experts. (CNN)

I Think This is Actually Good for Recruiters Right?

I’ve been writing and speaking about LinkedIn for some time, but I didn’t know this until two days ago. Apparently when you turn down an InMail from a recruiter, that recruiter can never contact you again. A recruiter from Sogenti noticed the quirk and started letting people know that should they not know this, they could adversely impact their own job search. Stay Real. (TNW)

You guys, Brian Fink recently asked a really great Q, which has been dancing around my (and every other recruiters’ HR Pros and workforce blogger’s) head for a long while and it goes a little something like this:

There’s nearly one job for every job seeker — so why aren’t positions being filled? Seven million people in the US are unemployed, despite there being a record 6.2 million job openings, according to an NFIB Small Business Survey. As CEOs complain that they can’t find qualified applicants, workers explain why they’re not applying: They want to be paid more. They also want employers to be less picky when it comes to hiring people ready and willing to work, and be open to training new hires instead of writing them off. It’s an environment that should be a win for workers, but these issues are proving difficult to solve.

Jim Durbin equates it to “the game of Tractor chicken in Footloose.” (FB) 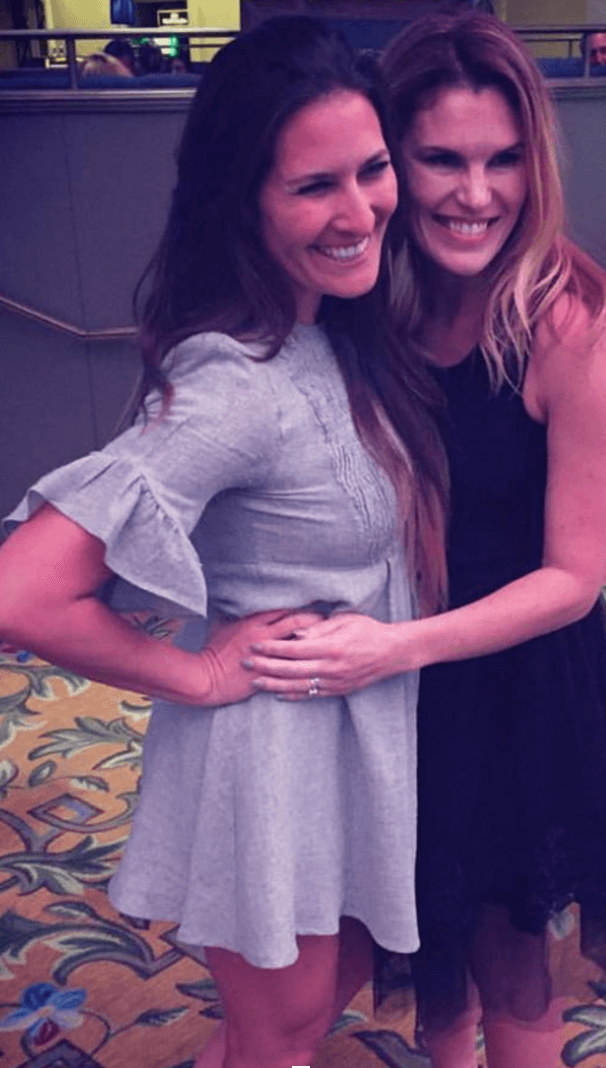 Brianna Foulds is my LOW-KEY Idol

I’ve liked Brianna since I first met her. Anytime I get the chance to meet up with her, I do it! Down to when I randomly found her in Vegas.

Anyway, her energy is infectious, her smile is 1000 watt and her industry knowledge is literally nothing to eff with. Which is why I have got to give props to this post on Cornerstone on Demand’s Blog. The title will pull most anyone in “How I Moved From Hostess to Hiring Leader”. And if you know me, I am down for any how-to post that has tiramisu in the subhead. (CSOD Blog)

Being friends with people at work…for some reason this eludes Americans. Except here at Red Branch Media. We have so many people who have formed (what I hope are) lie-long friendships. But that’s agency life right? It can’t happen in the enterprise? Quelle Suprise! It totes can! And there are loads of benefits for you and your coworkers if you give it a whirl! (HBR)

Bryan Chaney says you can make this much.
Google Docs is better when you can be a bitch.
If Jim Carrey can switch careers…
Jess Roberts has ideas on the SourceCon FB
Prepare for your robot overlords (here’s when they’re coming for you)
Internally Viral (snort)
Hmmmm, should we do this?
Learn anything in less steps than you can count on one hand