Well, I knew it would happen.

I stole the #6things concept from Refinery29 and now USAToday has stolen it from me. So for 2018, maybe… we’ll go a different direction. How about Marenated? OG readers of this blog will remember that’s the (2nd) original name of the blog you read today (50 worthless bonus points if you can remember the VERY first name, tweet us @redbranch.

#6Things: Can you remember what our blog's first name was? 50 (worthless) bonus points if you can! Click To Tweet

There will still be pretty rad links here though, so don’t despair! Let’s get down to business. By the time you read this, I’ll be preparing to surprise someone pretty special who has touched (not that way gross) a lot of folks in our space. Check out Instagram for the big reveal…if I remember to take pics that is! Let’s go:

Sell Your City Off At Your Own Peril

Living in Omaha, I’ve seen what happens when you hijack your downtown, rip history apart and then sell it off cheap to some big ol’ company, who decides to leave for someplace cooler a decade or two later. HEY CITIES, it’s a really bad idea. Warehouses in suburbs are not terrible but some of these HQs who plop themselves in the middle of storied downtown areas are downright odd.

Amazon has about 20% of Seattle’s prime office real estate, more than any other employer in a major US city. It occupies more square feet than the next 40 largest employers in the city combined.

Antonio Santos shared this article about how Amazon is already being shady with their Seattle domes. And they’re looking for their next victim… (Business Insider)

Thanks to @akwyz, our eyes are open to some shadiness happening with @Amazon. Check it out: Click To Tweet

I Believe the Children Are Our Future. For Real.

On the heels of Tim Sackett mentioning that common sense is so damn rare that it will make one more employable (yes and yes) Felix Wetzel shared this article on the educational approach of countries like Finland and cities like Buenos Aires:

Finland recently shifted its national curriculum to a new model called the “phenomenon-based” approach. By 2020, the country will replace traditional classroom subjects with a topical approach highlighting the four Cs—communication, creativity, critical thinking, and collaboration. 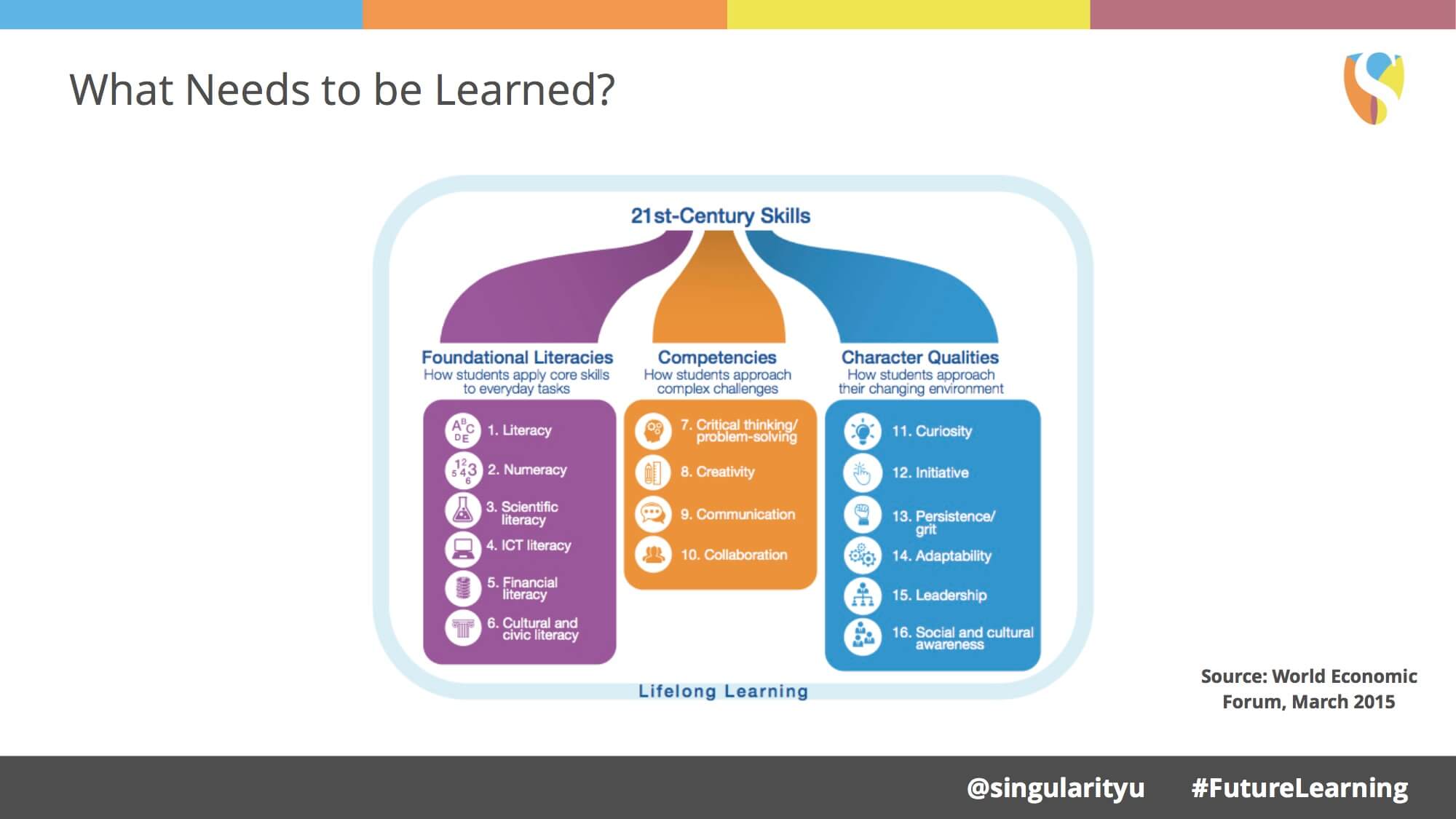 Have kids? I do! And I agree these skills, among others (comprehension being one…I used to say reading comprehension, interesting) will make these young people more employable unless we take that hard right turn straight to Idiocracy, which…I dunno man. (Singularity)

Check out what skills @TimSackett & @FelixWetzel think will make your kids more employable in the future: Click To Tweet

In that same vein, Christine Assaf shared this article on how after years of telling everyone they need to go to college, we’re now dangerously low on tradespeople who can fix things, grow things, build things and engineer things. And we totally need them! In case you hadn’t noticed, our nation’s infrastructure is crumbling (in more ways than one, but let’s fix one issue at a time).

California is spending $6 million on a campaign to revive the reputation of vocational education, and $200 million to improve the delivery of it…The United States has 30 million jobs that pay an average of $55,000 per year and don’t require a bachelor’s degree, according to the Georgetown center. People with career and technical educations are actually slightly more likely to be employed than their counterparts with academic credentials, the U.S. Department of Education reports, and significantly more likely to be working in their fields of study.

We need more tradespeople. Thanks @HRTact for sharing this take on the vocational problem. Click To Tweet

If You Want to Buy Me Something Both Expensive and Dumb

Sometimes, the issues facing our industry, the nation and I guess the world, can get a gal down. Fortunately, Dale Clareburt posted this amazing list of all the GOOD things that happened last year. From large:

Soft drink sales in the United States dropped for the 12th year in a row, thanks to consumer education and new sugar taxes aimed at stemming obesity and diabetes.

The list covers global health, global conservation, the improvement of living standards of actual BILLIONS of people, the struggle of fossil fuels, the rise of clean energy, social justice and human rights, a reduction in violence, signs of hope for our (one and only) planet, and one final thing that is particularly salient and meaningful for me (and like a kajillion other women.)

Won’t You Be My Neighbor?

Eric Davis is my neighbor. He posted this:

Experience is knowledge that you acquire just after you would have needed it.

Too Bad For Everyone Else I Guess

Lars Schmidt, who is messaging me right now and making this take longer than it should, posted this fascinating set of findings from Pew…one that stood out is how Americans view automation as it pertains to their jobs: 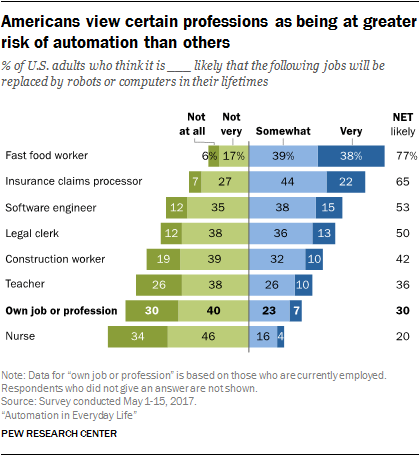 Basically, we think automation will impact everyone but us. 😉 (Pew)

We Laugh ‘Til We Cry Round Here

Toxic femininity is real you guys, and it might destroy your workplace. Kendra Tallman posted this and it nearly killed me. Be careful out there. (The New Yorker)