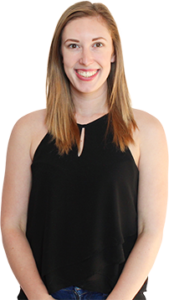 Whether you 😍 them, or you 😡 them, emojis have become a staple in the way we communicate. A simple 👍 can communicate to someone the complex idea that you’ve heard, understand, and are in accordance with what they said. And a 😂 can tell someone you’ve never heard a more hilarious story. A picture is worth a thousand words… right?

These tiny symbols have made their way from texting apps on your phone all the way to marketing emails at your business. But, is using something as colloquial as an emoji in your emails really a good idea?

Lucky for you, your friendly neighborhood growth team has dug into the research.

Whether you 😍them, or you 😡 them, emojis have become a staple of communication in today’s society. Find out the pros and cons of #emojis in #emails from @RBM_Anna: Click To Tweet

TLDR – Pros of using emojis in your emails:

Did you know that 56% of brands using emojis in their subject lines have higher unique open rates? It’s a pretty widely known fact in the email marketing world that emojis typically increase open rates. Pretty shocking to the outside world of normal people though, right?!

Looking to create a fun, favorable vibe with your customers, donors, or clients? Emails with emojis are proven to be more friendly. On its own, an email with “Let’s chat” from your boss could send your mind spiraling towards the worst. Add a happy emoji at the end, and “Let’s chat 😊” becomes a conversation about your awesome use of an emoji in your latest email send.

They say a picture is worth a thousand words, which is great considering your subject line cuts off around the 50 character mark. Using an emoji can save you valuable space! Share the countdown towards the release of your new product with a ⏳, or celebrate your featured published piece with a 🎉! The urgency and excitement behind the messages are obvious.

What Do You Have to Lose?

TLDR – Cons of using emojis in your emails:

Most importantly, you could definitely lose your sense of professionalism. As you’d likely expect, emails without emojis are viewed as more professional by the receiver. When asked their opinion on two emails, 40% of the recipients surveyed said that the email that did use emojis was professional, but when asked about the email without emojis, that number jumped to 69%. You guys, that’s a big gap!

If you have evenly slightly dabbled in the world of email, you probably know (or have at least heard someone complain) that some email services are just the absolute worst. While most platforms are able to show recipients the exact styling the email marketer was intending for, there are still a select few that require special code, can’t play embedded videos, and don’t show emojis. Instead, those contacts will see a little square box or weird symbol instead.

These tiny symbols have made their way from texting apps on your phone all the way to #marketingemails at your business. But, is that really a good idea? The answer is within: Click To Tweet

Unlike hieroglyphics, emojis do not actually have an understood, universal meaning. They’re left up to context and interpretation. It’s assumed that most people are using the 🤣 face because they’re laughing so hard that they’re crying, or the 🤬 face means they’re angry, but those characters could lead to miscommunications. Just take the 🍑, for instance. Who actually uses that emoji to symbolize the fruit?

All emails are not created equal. Your brand, your industry, and your audience must all be taken into consideration when adding emojis to your emails. If you’re a playful B2C company, you’ll likely see major benefits. If you’re a formal B2B, it might turn out to be a total bust.

To understand the impact of emojis on your own audience, I suggest running a few A/B tests. The only difference between version A and version B? One, single emoji. Learn what your audience engages with as the results file in. Was it a raging success or did it let you down?

Or, or, or… You can work with Red Branch Media’s all-star growth team and we’ll dive deep into your audience’s likes and dislikes! Find out more about the Branch’s memberships here. 😉

As a member of the email team, Anna loves to create jaw-dropping emails that slide right into your DMs. She is an obsessive dog mom with a passion for all things outdoors. When she’s not lint-rolling her Husky’s fur off her pants, you’re likely to find her climbing a tree someplace extra green. She liked the Cubs before they were cool and actually won things, and decided to ditch culinary school to graduate from UNO with a Bachelor’s degree in Marketing and Management.