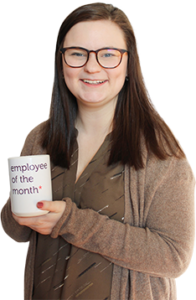 Jenny Crumrine is an Account Manager at Red Branch Media

International Women’s Day (IWD) is just around the corner, and we at Red Branch are pumped.  IWD falls on March 8th each year and is an entire day dedicated to celebrating women and continuing to fight for gender equality across the world.

It’s difficult to determine precisely when and where IWD began, but we do know it was likely inspired by the women’s equality movement. The first celebrated IWD was on February 28, 1909, in New York, but was moved to March 8th the following year when it was given the official title of International Women’s Day. When IWD began, the world was experiencing radical change. Because of this, no single government, country or organization can claim to be the originator.

It’s #IWD2019 and the @RedBranch team is pumped! Jump into this article by @Jenny_RBM for the history of this day and her fav quotes to fuel your feminist fire: Click To Tweet

Do We Really Need Feminism Anymore?

If you think we no longer need International Women’s Day or feminism you’re just wrong. (Sorry, not sorry) While the very real pay gap is narrowing, minimal improvement has been made over the last decade. In 2017, women earned just 82% of what men earned. At that rate, a woman would have to work an extra 47 days into the next year to make what their male coworkers did the previous year.

18 cents isn’t a big deal right? Wrong. Some women are missing out on as much as 530 thousand dollars over their lifetime. That’s not just pocket change, and it’s significantly worse for women of color. Hispanic women make only 53 cents to a white man’s dollar for equal work in many parts of the U.S. So yes, we still need to talk about pay equality.

You might be thinking, “It could be worse right? I can vote, drive, work outside the home, start my own business, and basically do whatever I want. What glass ceiling?” In some ways, it’s true it could be worse. Remember that in many parts of the world it is much worse. Empathize with those women when you think feminism is outdated. That 530 thousand dollars you could miss out on in your life is another great motivator. So this IWD takes some time to think about what exactly it is that motivates you to keep fighting for equality.

@RedBranch is celebrating #IWD2019 by diving into where #GenderEquality stands now. Find out where we are and where we need to be: Click To Tweet

To help you get started, I’ve compiled a list of quotes to inspire the fierce feminist in you this International Women’s Day:

“Feminism has never been about getting a job for one woman. It’s about making life fairer for women everywhere. It’s not about a piece of the existing pie; there are too many of us for that. It’s about baking a new pie.” – Gloria Steinem

“There is no limit to what we, as women, can accomplish.” – Michelle Obama

“I am not free while any woman is unfree, even when her shackles are very different from my own.” – Audre Lorde

“You don’t have to be pretty. You don’t owe prettiness to anyone….Prettiness is not a rent you pay for occupying a space marked ‘female.'” – Erin McKean

“I think the best role models for women are people who are fruitfully and confidently themselves, who bring light into the world.” – Meryl Streep

“Of course I am not worried about intimidating men. The type of man who will be intimidated by me is exactly the type of man I have no interest in.” – Chimamanda Ngozi Adichie

“Words have power. TV has power. My pen has power.” – Shonda Rhimes

“A champion is defined not by their wins, but by how many times they recover when they fall.” – Serena Williams

“I raise up my voice-not so I can shout but so that those without a voice can be heard…we cannot succeed when half of us are held back.” – Malala Yousafzai

“In the future, there will be no female leaders. There will just be leaders.” – Sheryl Sandberg

“I don’t like to gamble, but if there’s one thing I’m willing to bet on, it’s myself.” – Beyoncé

“All men should be feminists. If men care about women’s rights, the world will be a better place. We are better off when women are empowered.” – John Legend

“Above all, be the heroine of your life, not the victim.” – Nora Ephron

“Think like a queen. A queen is not afraid to fail. Failure is another steppingstone to greatness.” – Oprah

“Feminism is not a stick with which to beat other women. It’s about freedom, it’s about liberation, it’s about equality.” – Emma Watson

“We’ve chosen the path to equality, don’t let them turn us around.” – Geraldine Ferraro

“It takes years as a woman to unlearn what you have been taught to be sorry for. It takes years to find your voice and your real estate.” – Amy Poehler

“A girl should be two things: who and what she wants.” – Coco Chanel

This year’s International Women’s Day theme is #BalanceforBetter. The issue highlights the economic, social, and political benefits of working toward a more gender balanced world. Be a part of the movement by posting on social and including #BalanceforBetter in your posts!

We hope you celebrate IWD in style by remembering all the hardworking women that came before us and continue to push for a more balanced world.

Jenny Crumrine is an Account Manager at Red Branch Media

As an Account Manager, Jenny crafts creative marketing strategies that transform good brands into great brands. She enjoys charming clients with her diligent research, fresh campaigns, and speedy work. When she’s not at the Branch, you can find her cycling, reading, playing fetch with her puppy Otis, or sipping wine on a patio. Jenny is a graduate of the University of Northern Iowa. 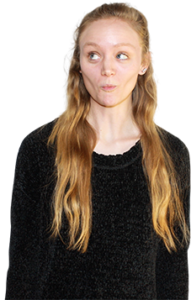 #RedBranchWeekly: Get Excited About a Diverse Workforce!